We have to believe that there was a time, somewhere in history, when the whole, “Will they/won’t they smash cake in each other’s faces!” scenario was actually clever and original (even if we couldn’t find any evidence of it). What we did find was the granddaddy predecessor to cake-face-smashing: the breaking of baked goods over the bride’s head. Customarily, the groom would gnaw off a bite of barley bread and then the remainder of the loaf was held above the newlywed bride’s head and then broken, showering her with crumbs and a soul-crushing message of her husband’s male dominance. Guests would then scramble to pick up any wayward crumbs off the floor as they were said to bring good … wait for it … luck!

This tradition evolved as cake emerged as the preferred confection for wedding celebrations. Fortunately for the bride, a whole cake doesn’t break in two quite as dramatically as a loaf of bread, and so it was sliced on a table instead. Rather than scrounge for lucky crumbs on the floor, guests would stand in line while the bride passed tiny, fortune-blessed morsels of cake through her own wedding ring into the hands of the waiting masses. This act also fell by the wayside, as we can only assume the bride determined that it was a lousy waste of her time. Thus began the tradition of giving out whole slices of cake to each guest, not to be eaten, but to be placed under their pillow at night for (yup, here it is again) good luck and, for the ladies, sweet dreams of their future husbands.

This leads to another sweet, delicious, buttercream-iced mystery to be solved: Why do couples eat freezer-burned wedding cake on their one-year anniversary? To answer this, we must look to the lyrics of a schoolyard classic: First comes love, then comes marriage, then comes a baby in a baby carriage! It used to be assumed that when there was a wedding, a christening would follow shortly. So, rather than bake two cakes for the occasions, they’d just bake one big one and save a part of it to be eaten at a later date when the squealing bundle of joy arrived. Eventually folks warmed to the idea of giving the poor kid his own, newly baked cake, but the custom of saving a portion of the wedding cake far longer than it should be saved and then eating it and deluding oneself to believe that it actually tastes good is one that persists to this day. 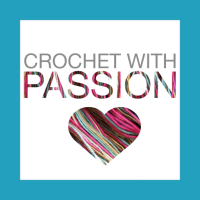 Brownie Canvas Design Your Own

You’ve Got A Friend In Me

To Inspire and encourage people along their Crochet Journey